One thing I cannot go without if my Fitbit one. It’s basically like an upscale pedometer. Of course it tracks my steps but it also tracks how many stairs I do, how many calories I burn, and how much I sleep each night. My father-in-law gave Matt and I our Fitbits for Christmas two years ago, and I pretty much wear it daily unless I forget but that probably happens about once or twice out of the year.
I honestly love this thing even though it doesn’t really do anything but count my steps. However, it does get me some cool stuff. I have my Fitbit linked to the Walgreens app which gives me Balance Rewards Points depending on how many steps I take that day. I also have my Fitbit connected to an app called Pact. Which makes me money for making heathy decisions. I also have my Fitbit connected to Everymove, which is an app that gives you rewards for being healthy as well. Recently Fitbit has announced some new devices and I cannot wait till they are released, I really want to get one. Do you have a tracker that you keep up with? 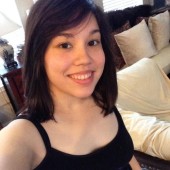 Black & white with fur all over